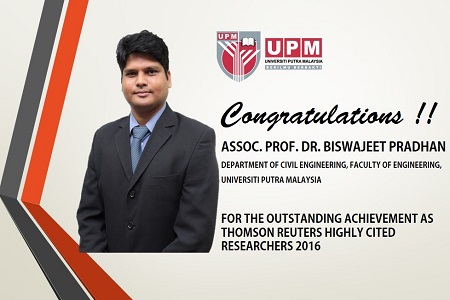 Assoc. Prof. Dr.Biswajeet Pradhan was among the five researchers from Malaysia, who are in the 2016 report as the world’s leading and most influential scientific minds by Thomas Reuters.